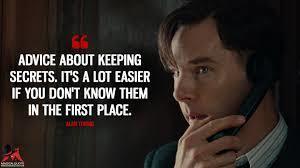 In these days of electronic eavesdropping by Alexa, text messages, GPS tracking systems in our cars and cellphones, and CCTV, exactly who can we trust with our secrets? Certainly, not technology. The true keepers of secrets are, in fact, real live people who, under the law, are prohibited from spilling secrets unless given clear permission to do so. In this article, we'll examine who is required to keep confidential information, and ways to incorporate secrecy into your manuscripts.

The most famous and basic protection for keeping secrets is the Fifth Amendment of the U. S. Constitution, which provides that no person shall be required to give witness against themselves. Some of us are old enough to remember the O.J. Simpson murder trial of 1995, where the defense called Detective Mark Furhman to the stand and questioned whether he'd ever falsified police records. The tactic was designed to discredit Furhman's testimony regarding his investigation of Simpson's commission of the murders of his wife and her lover, Nicole Brown Simpson and Ron Goldman. Furhman leaned over to his attorney when asked that particular question and responded : "I wish to assert my Fifth Amendment privilege."

"Taking the Fifth" is an extremely powerful protection for a defendant in a criminal case against self-incrimination, as the shield blankets all of the defendant's testimony, not just one or more questions. However, for a witness in a case, the coverage is not so broad. While they are entitled to plead "the fifth," they can be forced by subpoena to give testimony. Any incriminating statements set up the potential for prosecution of any crime revealed in their testimony unless the law provides immunity, or their wise counsel has negotiated immunity or a reduced sentence in exchange for the testimony. Think about the recent headlines featuring Michael Cohen's testimony during the Mueller investigation.

What about your character's spouse? Can he dish on all those dirty little secrets she's whispered in the night or in her sleep? Your character can sleep tight – the answer is NO! In both civil and criminal cases, neither the husband or wife can testify against the other whether its a state or federal case, provided they're legally married. However, if the crime can be proven with evidence independent of the spouse's testimony, then your character will be looking at time in the big house.

If you're a fan of Bravo's The Real Housewives of New Jersey, you'll recall the plight of Teresa Guidice. She was married to an Italian construction worker, Joe Guidice, and after a 2009 bankruptcy was cancelled at the last minute, the Guidices were charged with 41counts of mail, wire, bankruptcy and bank fraud in connection with their lying to banks and illegally squirreling away over $5M during the bankruptcy proceedings. However, neither Guidice spouse could be compelled to give testimony against the other. In this was a situation, independent criminal evidence was available to convict the Guidices without the testimony of either spouse. And wisely, their attorney brokered a plea deal where each would serve time separately so one parent could stay with their children. No doubt their marriage was strained, especially with Joe's impending deportation to Italy.

If your protagonist (Samantha) stands to inherit the entire estate from her billionaire philanthropist mother, who disinherited all of her other children on her deathbed, Samantha may be in for a tough time. Poor Sam can expect her sibs to challenge the validity of the will by claiming: Mummy dearest lacked all of her marbles at the time that she executed her Last Will and Testament moments before she inhaled her last breath, and b) Sam exercised undue influence over Mummy enticing the changing of the will. Because the sibs are objecting to the probate of the will, they bear the burden of proving their mother's incompetence and undue influence. Thanks to the medical privileges existing under the law, all the kids can expect a long, drawn-out and expensive battle for mummy's money.

We all know that HIPAA (Health Insurance Portability and Accountability Act of 1996) is the Fort Knox of medical information. https://www.hhs.gov/hipaa/for-individuals/guidance-materials-for-consumers/index.html. No one is entitled to access to medical records unless the patient gives permission.  Similarly, physicians, dentists, podiatrists, chiropractors and nurses are prohibited from disclosing medical information unless the patient waives that privilege.
However, New York has an interesting twist on this privilege in the case of a deceased person when it relates to a will contest or other litigation connected to the decedent. A physician or nurse must disclose any information as the mental and physical condition of a deceased patient covered by their privilege except when the information would disgrace the memory of the person. (CPLR 4504(c)) However, waivers from the family must be obtained or there must be no objection to the disclosure.

In our scenario, there is no incentive for Sam to agree to release any medical records, obtain a physician's testimony or besmirch her late mother, whose name is embellished on hospital wings, theaters, libraries and university buildings. Again, without Sam's cooperation, the sibs will be required to provide independent proof of incompetence to invalidate the will. The sibs must rely upon staff, mummy's erratic behavior and business dealings to support their claim of lunacy. They must also prove that Sam's actions toward their mother – threats, lies, cajoling, bribery, coercion, abuse – were the cause of their disinheritance.

In New York, confidential communications are also extended to: clergy or ministers of any religion, psychologists, social worker, library records and rape crisis counselors. (CPLR 4505-4510). None of these individuals, or their employees, can disclose a communication made by a client.

I've saved the best (an my personal favorite) for the last. Parenthetically, I have taken this sacrosanct privilege to heart every day of my life as an attorney and a writer. The law (CPLR 4503) provides that unless a client waives the privilege, an attorney and her employees, shall not disclose client communication or be compelled to disclose same before any agency, legislative body, court or committee, etc.

Not only are attorneys bound to secrecy by the statutory law, the Rule 1.6 of the New York State Rules of Professional Conduct requires that a lawyer shall not knowingly reveal confidential information to the disadvantage of a client or to the advantage of a third person unless the client consents, has implied their consent or disclosure is permitted by the rules. Crime writers are particularly struck with the exceptions that a lawyer may reveal or use confidential information when the lawyer believes it will prevent reasonably certain death or substantial bodily harm, or prevent a client from committing a crime.

In my debut thriller, THE MIDNIGHT CALL, my pregnant protagonist, Jessie Martin, rushes to aid her mentor when he calls and admits that he's just killed someone. As a tactic to dismiss the murder charges, the defense attorney claims that Jessie has violated the attorney-client privilege due her mentor, raising the question as to whether Jessie was acting as a friend or an attorney to her mentor. I'm not giving any spoilers, but in the novel I wanted to examine this ethical dilemma raised as an example that privileges provided by the law are not always black and white.
In order for any privilege to exist, a relationship covered by a privilege must exist. Even though many protected communications are codified in black and white, those rights are subject to interpretation. It is the circumstances of the case, the actions of the parties and the case law that colors the impact or even the existence of a privilege. For example, were the parties legally married? Was the physician at a roadside accident treating the defendant as a patient or a Good Samaritan? Does the social worker who overheard a conversation fall within the cone of secrecy? Was the attorney actually hired by the defendant to represent him? It is reasonable to believe that a client is planning a murder or is importing illegal drugs into the country?

As in THE MIDNIGHT CALL, with a little creativity and legal research, writers can challenge the traditional concept of keeping secrets. By developing compelling plots twists, writers will keep readers on the edges of their seats and screaming for more.

This article originally appeared in InSinC, the quarterly newsletter of Sisters-in-Crime, and may not be used without permission.