Where there's a will! 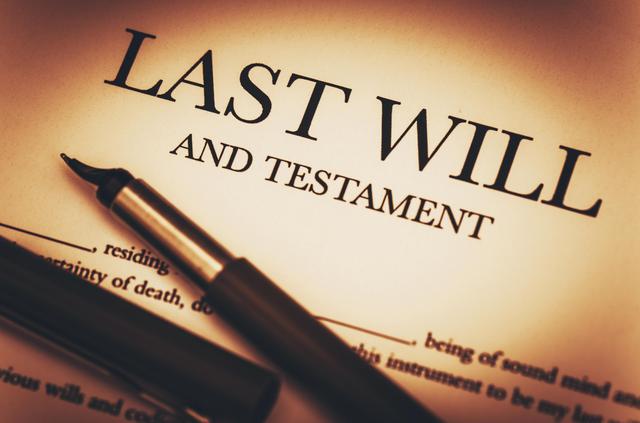 Death is a grizzly matter. But, let's face it, as mystery writers and crime writers death is one of our most popular inciting incidents. There's nothing that pits one family member against another quicker than an inheritance from Grandma or Dad. Whether it's money, real property, artwork, a business, a European title or even the family dog, there is no shortage of plots describing the clash over assets belonging to the previous generation. Jane Austin's Emma, Sense and Sensibility, Dicken's Bleak House, PD James', A Certain Justice, Louise Penny's Kingdom of the Blind, and Robert Galbraith's Lethal White are prime literary examples of the dog-eat-dog infighting over a valuable estate.

Those of us flirting with Medicare will remember how, from 1979 to 1991, Jock Ewing's sons, J.R., Bobby and Gary, repeatedly resorted to fisticuffs over the control of daddy's Ewing Oil dynasty in the TV show Dallas. For those of a more tender age, the HBO phenomenon Succession is drawn from the real life machinations of the Rubert Murdoch clan to control the News Corp media empire.

This article will explore the wonderful world of inheritance to help your murderous estate plotlines ring true when the knives, the guns and the arsenic come out. And we'll examine what happens to the family's assets after the body has been buried.

What is a will?

A will is a document that expresses the manner is which a person desires their estate to be managed or divided after they die. In New York, two disinterested parties, who sign also affidavits acknowledging that they witnessed the will signing, must witness a will. To probate the estate, the will and the affidavits must be filed with the Probate Court.

I don't want give the impression that I'm obsessed with the Queen of Soul, Aretha Franklin, but her life and death are still making headlines and serve as the perfect example of how a family can breed divisiveness over a "money grab" of mama's estate.

When Aretha died in August 2018, her family and business associates presumed that she didn't leave behind a will expressing her wishes for the distribution of her $80M estate. Her "intestate" estate, an estate without a will, was submitted to Michigan's Oakland County Probate Court and her neutral niece was appointed as the administrator upon the consent of her family.

Other famous disgruntled heirs include Julian Lennon, the first born son of John Lennon was left out of his father's will and only given a trust fund created at the time his parent's divorced, Jimi Hendrix's brother, Leon, who claimed a share of his brother's estate, and Anna Nicole Smith, who wasn't left a dime of her billionaire husband, J. Howard Marshall's, estate.

Why does the validity of a will make a difference?

Under the law when a person dies without a will, there is a codified inheritance chart as to who is entitled to receive the estate. Assuming that an unmarried Aretha died "intestate," her surviving heirs - her four sons- would equally share in the estate under the law. Any newly discovered will would supersede the intestate distribution, requiring the assets to be divided as per Aretha's specific wishes. In Aretha's case, believing there was no will, the sons had no objection to their neutral cousin managing the estate, however, the 2014 will designated her son, Kecalf, to serve as representative ("executor") for the estate. This conflict is just the tip of the iceberg, as the Michigan court authorized a handwriting expert to authenticate the will.

Even before the authenticity is established, there are disputes over Aretha's $80M estate. Particularly, the later will does not name her son Clarence as a beneficiary, and the brothers have challenged Kecalf's ability to serve as the executor.

Aretha's case also raises the question as to whether handwritten wills are valid. In New York, a handwritten ("Holographic") or verbal ("Nuncupative") will only be recognized as valid under extremely limited circumstances (EPTL 3-2.2). A serviceman must make these unusual wills during an armed conflict. The fact is that unless a serviceman is expressing his last wishes before his death, there is no such animal as a "deathbed" will, unless it is in writing.

Michigan's laws are different. A holographic will must be in the decedent's handwriting, intended to be their final will, and must be signed and dated. However, if the terms of the will are unclear or the handwriting is not authenticated, the will could be thrown out. Numerous things can go awry when someone handwrites their own will, and the rules change from state to state.

Above I referred to someone dying "intestate," dying without a will, which is a fairly common occurrence. Not everyone desires to face their mortality by signing away their assets to future generations. It is questionable as to whether Aretha did.

I also mentioned New York's Estate, Powers and Trust Law (Article 4) sets out a laundry list of distributees who receive an estate in such a situation. If a person is survived by a spouse and children, the property is divided between them. If there are no children, then everything goes to the surviving spouse, and similarly if there is no spouse, then the property is equally divided between the children. Basically, the distribution order is as you would think it would be when you scale the family tree: spouse, children, grandchildren, parents, siblings, grandparents, aunts/uncles, etc. Sadly if there are no heirs, the property "escheats" or reverts to the state coffers.

I once had a situation where a very wealthy man died without a will, and my client, his wife, was in the process of divorcing him for his numerous misdeeds. As the divorce had not been finalized before his death, his wife inherited his entire estate as they had no children. While that outcome may seem unfair, the man's only living relative was his wealthy, elderly mother, who clearly didn't need the money. Frankly, the wife had tolerated her husband's shenanigans for years and in my book, she deserved the estate as battle pay.

Another interesting question addresses who qualifies as a "child" under the estate laws. In order for a child to inherit, there must a legal parent-child relationship between the child and the parent. To qualify as a child, he or she must: be born during parent's life or after death of parent in a legitimate marriage, have had the paternity of an illegitimate child of a male established, or be an adopted children. Neither stepchildren, wards nor foster children inherit as there is no relationship by blood to the deceased.

A tasty motive for Murder

Not only do these basic estate issues give rise to a broad range of family issues that are ripe motives for murder, blackmail, estate challenges and theft, they also have practical implications to our own lives. Failing to settle our affairs during our lifetimes can create future problems for those we leave behind. It is recommended that you consult an attorney in your jurisdiction to draft a will so that your spouse, your children and grandchildren are protected from future uncertainty and contests.

Further information on wills and estates is available at New York State Office of Court Administration, https://nycourts.gov/CourtHelp/WhenSomeoneDies/index.shtml or the American Bar Association, https://www.americanbar.org/groups/real_property_trust_estate/resources/estate_planning/

Remember, where there's a will, there's peace of mind for you, your family and your readers.